Malleus is an Italian three headed collective spreading its tentacles through all kind of visual art, from illustration to videos, passing through handpulled screen prints.
The iconography at the base of their work originates from a vast scenery including figurative arts, in particular Expressionism and Symbolism, Art Nouveau and Surrealism, Pop Art and Psychedelic Art, and also comics, photography, cinema and literature.
All these ingredients blend in with the main element of their poetics; that is the female form, the primordial goddess, from whom everything comes. Blackened art nouveau mixed with elements of surrealism and quotes from the school of expressionism glowing in its amber, resulting in an almost psychedelically overwhelming experience of visual magick.
All of the power trio’s works are based on hand-drawings and reflect the artists’ deep understanding and love for music.
At the end of 2002, the trio of Malleus, printing their first handmade silkscreen, took the critical step towards a walk that will make them enter into the Poster Art scene of today. Through the handprinted silkscreen, a simple gigposter turns into something different and particular.
Since then, Malleus have created screen prints for rock acts such as Foo Fighters, The Black Keys, Deftones, Iggy Pop & The Stooges, Robert Plant, Queens Of The Stone Age, Mark Lanegan, the Melvins, Crosby Stills and Nash, Sleep, Linkin Park, The Prodigy,  Dresden Dolls, The Mars Volta, Mogwai, Motorpsycho, Monster Magnet, Muse, Sonic Youth and many others all over the world.
Malleus have been featured in The New York Times, MTV, RockHard, RockSound, Rolling Stones, Sky among others.
Some of their clients include Volvo, Activision, Mondadori, Feltrinelli, CF Napa Brand Design, Century Guild, Oakley , Hellfest, Roadburn, Asymmetry Festival,  Barley Arts, Secret Serpents, Dark City Gallery, MTV, Rolling Stone. 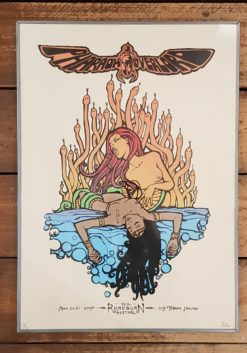 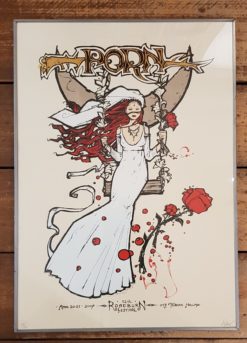 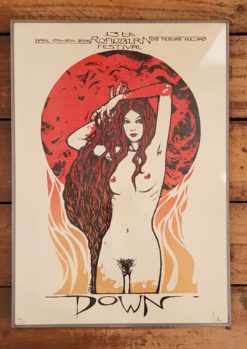 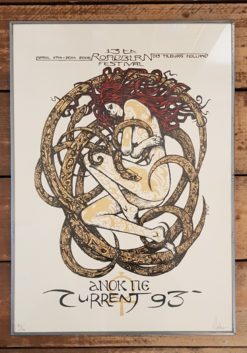 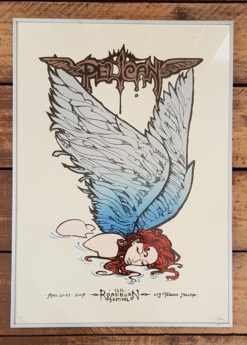 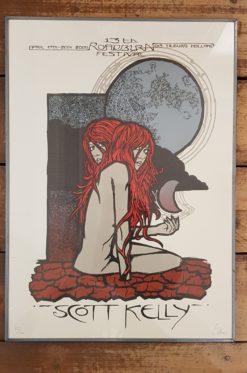 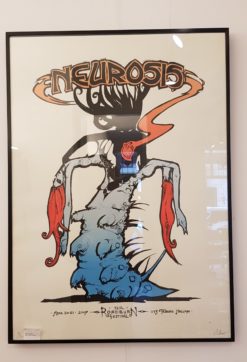