The villain called Ultimatum is here – and New York doesn’t know what hit it] But while chasing this mysterious man from a mysterious place, Miles Morales finds himself in a very awkward situation involving his uncle. And when something huge happens, the young Spider-Man is faced with a dilemma that could threaten everything he holds dear] Caught in the middle of a war between Ultimatum and the old guard, Miles is about to cross paths with a monumental, classic Spidey villain – and the lives of more than one Morales are on the line] Plus, it’s thirteen miles from Washington Heights to Brooklyn, and Miles’ uncle Aaron is a wanted man. Racing against the clock and out of web-fluid – with only their wits and their fists, can Spider-Man and the Prowler make it home? Collecting: Miles Morales: Spider-Man (2018) 11-16 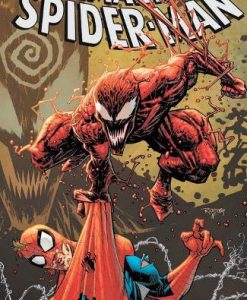