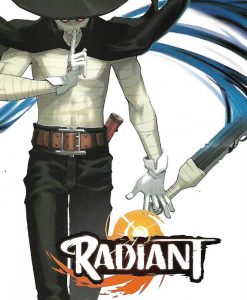 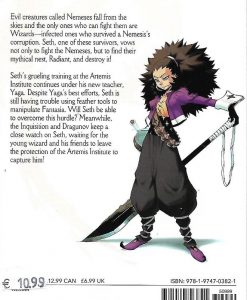 The world is overrun with monsters called Nemesis—and a young boy infected by them will stop at nothing to defeat them all!

Evil creatures called Nemeses fall from the skies and the only ones who can fight them are Wizards—infected ones who survived a Nemesis’s corruption. Seth, one of these survivors, vows not only to fight the Nemeses, but to find their mythical nest, Radiant, and destroy it!

Seth has big goals of defeating Nemeses, but first he must earn the trust of the very villagers he wants to protect—not an easy task when those who use magic are just as feared as the Nemeses they fight. Even worse, Seth can barely control his monstrous powers! It’ll take more than brute strength—although it’ll take that too—to get Seth’s quest out of the boonies and into the big time!